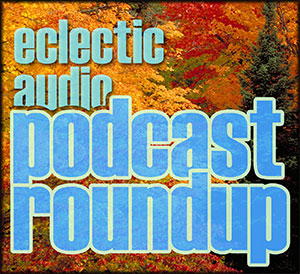 NOTE: Where possible, I’ve included links to the shows on iTunes, so that you can do a happy-dance in the review section if you like them! 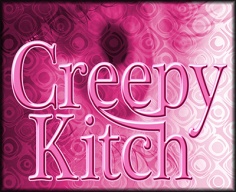 Grab your popcorn bowls — it’s Universal Classics night at Creepy Kitch!
This episode, co-hosts Stacy Parker and Cindy Kinnard tackle the 1931 classic, Frankenstein, and its equally awesome 1935 sequel, Bride of Frankenstein! Cindy also talks about how Sandra Bullock inadvertently trapped her in the washroom at a recent Comic-Con (oh Sandra, you bully!), and the grrrls dish out some of their regular features, including Horror Crush, the Weekly F**k Off, and Kitch Bitch!
You can find this episode on iTunes or their website. 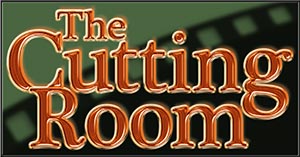 Well rested after a few months’ reprieve, the prodigal sons — Billy Bourassa, Dave Pace, Thomas Detloff, and Joseph Christiana — return to The Cutting Room for a whole new batch of podcastin’ hijinks!
After reviewing Michael Haneke’s Amour, a rather sobering film about the realities of aging, they tackle Bill Maher’s Religulous (2008) and the 1985 Catholic school comedy, Heaven Help Us. Malcolm Danare, who played Anthony Caesar in the latter movie, drops by to talk about his experiences on the set! Joe Taverney also stops in to talk about the film, as well as to relive some of his most traumatic experiences while attending Catholic school. (What’s the deal with all this nun-on-student violence, anyway?)
You can find this episode on iTunes or their website.

The Cutting Room 36 — Cormac McCarthy at the Movies

In their second week back, the Cutting Room crew put the super into supercilious as they look at film adaptations based on the works of American novelist Cormac McCarthy! Co-hosts Thomas Detloff, Joseph Christiana, Dave Pace, and Max Koch are joined by Adam “The Counselor” Sholder (Max’s co-host on Max & The Counselor’s Mimosa), as they decide which films were more successful at translating McCarthy’s work, and which one was an epic fail!

Up for discussion: the epic (ahem) western adventure All the Pretty Horses (2000), the savage crime thriller No Country for Old Men (2007), and the post-apocalyptic odyssey The Road (2009). If you’re a fan of the books, the films, or both, this show will make you weep with copious joy*!
You can find this episode on iTunes or their website. 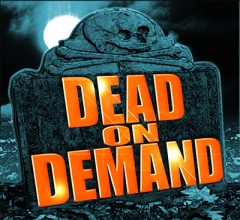 This podcast is really growing on me! Not only is the discussion both funny and interesting, but the two co-hosts, Blake and Billy, really do their homework for each episode.
Anyway, this week, they review the disturbing celebrity-obsession film, Antiviral, directed by Brandon Cronenberg. They also review the elder Cronenberg’s classic shiverfest, Videodrome (1983), as well as Last Kind Words (2012), Friday the 13th Part 5: A New Beginning (1985), Night Watch (2004), Magic Magic (2013), and Brainscan (1994).
You can find this episode on iTunes or their website.

Grab your pointy hats and broomsticks! It’s time to join the guys for some great witch-themed movies, including the love-it-or-hate-it Rob Zombie film, Lords of Salem. Along with the main course, they serve up a bevy of other creepy fare, including 6 Souls (2010), House of 1000 Corpses (2003), Halloween H2O: 20 Years Later (1998), Haxan: Witchcraft Through the Ages (1922), and The Woods (2006).
You can find this episode on iTunes or their website.

Dead on Demand 20 — A Trip Down Mandy Lane

This time around, Blake and Billy discuss All the Boys Love Mandy Lane, which was completed in 2006, but not released to US audiences until this year. Before that, they discuss some recent VOD/Netflix Streaming fare, including World War Z, Beyond the Black Rainbow, and Would You Rather, as well as some films with a few miles on the odometer, including Of Unknown Origin (1983), Jennifer’s Body (2009), and the creepy classic, Exorcist III (1990)!
You can find this episode on iTunes or their website. 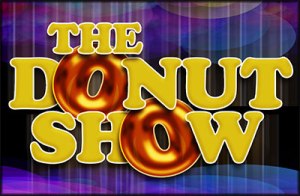 Attention *NSYNC fans: Chris Kirkpatrick is in the house — the House o’ Donuts, that is!
Jason Pyles of The Donut Show conducts an awesome interview with Chris, as the former *NSYNC member takes a break from the grand opening of a Krispy Kreme store in the wilds of Toronto, Canada!
Then Jason is joined by co-hosts Willis Wheeler, Keith Stein, Natalie Pyles, and singer-songwriter Cole Hansen, to discuss a cornucopia of cultural topics, including the new Robocop and Riddick films, favourite ‘donut alternatives’, and how men should handle baldness (hint: no extreme comb-overs or toupees, for starters)!
You can find this episode on iTunes or their website.

The Donut Show 6 — Are We Breaking Bad?

This week, co-hosts Willis, Jason, and Keith welcome guest-hosts Natalie Pyles, Furious Pete (a competitive eater), and Heather Hess Eaton, of the All about Autism podcast! Pete offers some handy tips on how to stuff your pie-hole faster than your competition in an eating competition, and then everyone discusses the increasing prevalence of self-obsession in our society. Natalie reviews the novel Breaking Night by Liz Murray, and the whole gang weighs in on three recent films: Insidious: Chapter 2 (2013), The East (2013), and Sushi Girl (2012).
You can find this episode on iTunes or their website.

In this episode, Jason, Willis, and Keith are joined by Natalie Pyles and Rachael Findlay to talk about the plethora of disconnects and differences between men and women. Also up for discussion is the baffling popularity of A&E’s Duck Dynasty. The guys each share links to their fifteen minutes of video fame (Keith actually appeared on Gene Simmons Family Jewels — the show, I mean), and everyone discusses the recent movies Prisoners, The Great Gatsby, and V/H/S/2!
You can find this episode on iTunes or their website.

It’s a sleeper episode this week — for Randy, anyway (tsk tsk) — but the rest of the Zombie crew are in fine, fully caffeinated form as they review the classic Karen Black film, Trilogy of Terror (1975), and talk about GenCon!
You can find this episode on their website.

In this awesome episode, co-hosts Randy, Dave, Bryan, and Wes answer a truckload of listener feedback, e-mail, and whatnot, and then discuss the creepy made-for-TV movie Dark Night of the Scarecrow from 1981. Randy also announces something big, scary, and mysterious involving a ring and impending doom — and it has nothing to do with hobbits or Nazguls!
You can find this episode on their website.

Drunken Zombie — It Came from the Underground — Jessica Cameron

The Underground crew — Bryan, Ian and Tony — play host to scream queen Jessica Cameron, who talks about what it’s like to compete in the lean, mean trenches of Hollywood. With about 80 films under her belt as an actor (and recently a producer), she generously recounts many of her experiences working in the film industry, and offers all kinds of great advice to aspiring actors. Fascinating listening!
You can find this episode on their website.

After a brief absence, FilmMad Society returns to tackle Francis Ford Coppolla’s cinematic masterpiece, Apocalypse Now (1979). In this episode, host Freddy Morris is joined by Randy Katzen for an in-depth discussion about a project whose development and production were as fascinating and controversial as the final film!
You can find this episode on iTunes or his website. 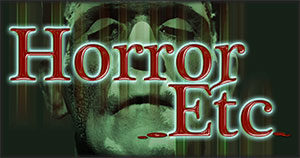 In this addendum to their book-club episode, Horror Etc. co-hosts Kings Town Ted and Anthony D. P. Mann, are joined by author Nicole Cushing at a local Chapters (think ‘Barnes and Noble’ but with really polite hockey players, folk singers, and mounties cruising the stacks). Nicole talks about her experiences as a published author, and offers helpful advice to writers who want to break into the field, and then everyone weighs in on The Walking Dead series, last year’s Kick-Ass 2, anthology drama The Place Beyond the Pines (2012), and a rather disturbing documentary on killer whales called Blackfish.
You can find this episode on iTunes or on their website! You can also find Part One of the book club (Episode 314) on iTunes or their website.

Hey, kids! Ready for a crash course in horror with your two favourite podcast hosts, Tony and Ted? Of course you are! In this special episode of Horror Etc., they get back to basics, and tackle the theme of FEAR! It’s a wide-ranging discussion about what scares us, why we enjoy being scared, and why terror is the finest emotion you can experience. Copious, creepy fun!
You can find this episode on iTunes or their website.

[NOTE: If you’re in a hurry to get to the main course, the guys suggest you fast-forward to about the 19-minute mark!]

Ah, Dexter, we hardly knew ye! After eight seasons, the show that let you get in touch with your inner psychopath is finally laid to rest. Since Season 2, Ted and Tony have been closely following the show and recording retrospective episodes each year. With that in mind, prepare for some sturm und drang as they try to figure out just what went wrong between the amazing story arcs of Season 4 and the wet firecracker that was the Season 8 finale!
You can find this episode on iTunes or their website.

In this episode of the awesome but short-lived Horror Metropolis podcast, Jay of the Dead flies solo as he reviews the just-released (at the time) extreme-vacation thriller, Chernobyl Diaries. (If you still haven’t seen it, don’t worry; he offers up a spoiler-free review!)
Using comparisons to other films like Spielberg’s Jaws and Shyamalan’s Signs, Jay paints a fairly accurate picture of where Chernobyl Diaries went right — and wrong. He also dishes out some creepy trivia about the movie’s backstory and genesis.

After that, he talks about the trailers for Resident Evil, The Possession, and The Apparition, and whether they made him want to check those films out.
You can find this episode on iTunes or their website.

In this episode, the whole crew gets together for a conversation about haunted-house movies! Jay of the Dead, Bill Chete, Dr. Shock, and Terror Tovey discuss the strengths and weaknesses of both the Uwe Boll flick, House of the Dead (2003), and the Ti West film, The House of the Devil (2009). The discussion gets heated and tempers flare as the guys fight for conversational supremacy in this fiery battle of opinions!
You can find this episode on iTunes or their website. 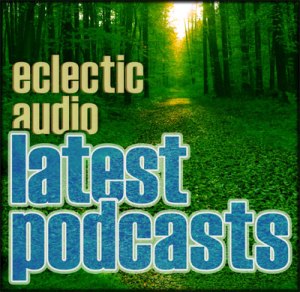 STUFF YOU MISSED IN HISTORY CLASS

MUR LAFFERTY / I SHOULD BE WRITING

ATTACK OF THE KILLER PODCAST

THE DONUT SHOW (on hiatus)

NIGHT OF THE LIVING PODCAST

THE PODCAST ON HAUNTED HILL